Meet Doris Asante. She was once a Birthright West Chester client who we helped back in 2003 while her husband William was attending West Chester University. Doris came to us pregnant and without medical insurance. Birthright helped Doris find medical care and she later became a valuable volunteer at Birthright.

Touched by the help she received from Birthright and the first-hand experience gained while volunteering in our office, Doris was inspired to open a Birthright office in her home country of Ghana, Africa. She came to us asking how this could be done.

Doris explained the state of Ghana and the tremendous impact she believed Birthright would have on the young women in her country facing unplanned pregnancies. Ghana was plagued with extreme poverty and although abortion was illegal at the time, many young women and teens died from them. Most of these women had no support system and were often thrown out of their homes by their parents when they revealed they were expecting. Those that choose to have their babies typically can only afford to go to state-run hospitals and the conditions are far different from hospitals in the U.S. Women living in rural areas in particular often have no modern healthcare services available according to the International Trade Administration and have to rely on traditional African medicine or travel great distances for healthcare.

After consulting with Birthright International, Birthright West Chester’s Board of Directors approved the study of opening the Ghana office and financial support of up to $1,000 annually.

Over the course of summer 2004, Doris developed her plan. Her mother, Bertha Adom would be the co-director residing in Ghana while Doris would co-direct from her home in Delaware. Doris would travel to Ghana that August to train volunteers and to oversee opening operations.

On August 15, 2004, Ourbirthright-Ghana (later changed to Birthright-Ghana) was officially opened in Accra. The office was open 25 hours per week with 15 volunteers. Doris was unable to be present for the opening as days before her departure the airline declared bankruptcy. Despite the circumstance, office operations were a success. Bertha handled the opening and volunteer training. Doris had made her dream a reality… and so began the real work of supporting the women of Ghana throughout their pregnancies and motherhood journeys.

By November 2004 Birthright-Ghana had encouraged five teen girls to have their babies rather than choose abortion and two pregnant women were given intensive help involving their families and securing new housing. All seven women delivered healthy babies and word was spreading into the community that Birthright could help pregnant women.

Fast forward to Birthright-Ghana’s one year anniversary. Hundreds of women had been helped including more than 100 pregnancy tests administered.

Today, Birthright-Ghana has helped thousands of women. Doris has and continues to be vocal in Birthright International’s mission and has spoken at some of the conventions. Meanwhile the dire needs of Ghana and the significant impact Birthright has had on their community has moved many in the pro-life community back in West Chester and across the U.S. to give generously to the cause. 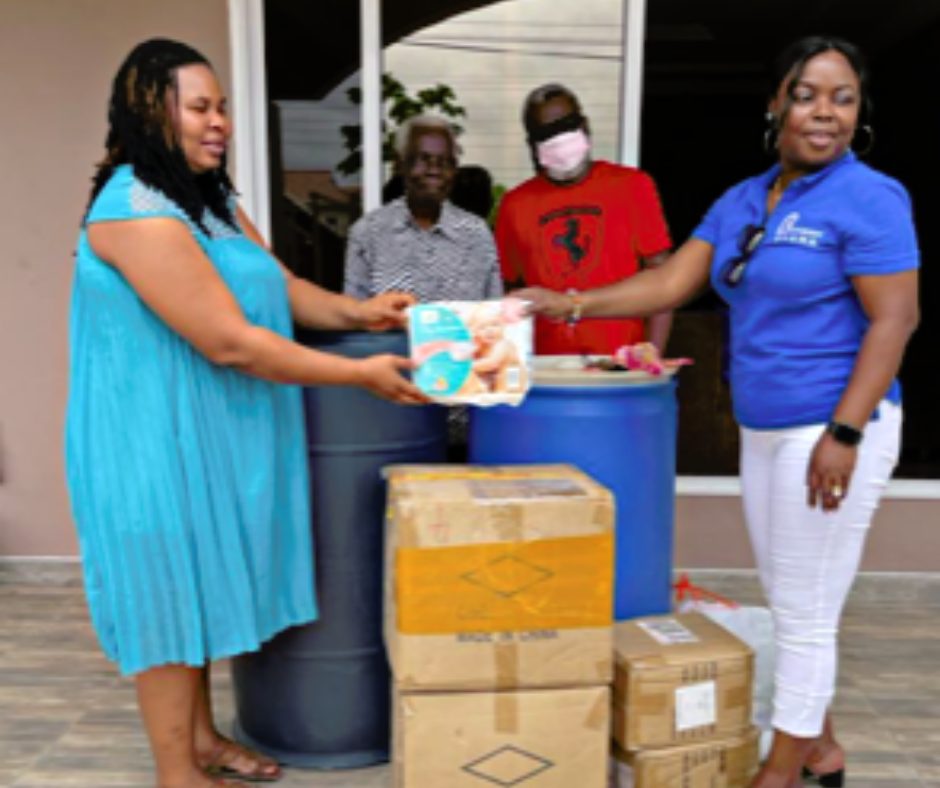 “I just wanted to say thank you for all you have done. Your support and graciousness helped create an enjoyable pregnancy for me. I appreciate the maternity clothes you gave me and the generous layette for the baby. I am doing well. Jacob looks adorable in the clothes you gave him. Thank you for everything!”  –Jessica

“Hi Ann, I was writing Christmas cards when I saw your name. I have such fond memories of Birthright. I am so thankful you helped me decide to have my precious baby. Ellie is now 5 and the joy of my life. I will never forget the compassion and understanding you showed me.” – Natalie

“Dear Birthright Representatives, I am writing to express my gratitude to all of the ladies who helped me at Birthright and to all those who cared enough to donate to your cause. I am 30 years old and have always worked hard for what I wanted and needed. It was not easy to reach out and ask for help. Birthright opened their arms and welcomed me and helped me without judging me. When I came to your office, I had a 4-year-old, a 3-year-old, and was pregnant. I never thought I would be able to have my new baby. But you treated me with respect and kindness. When I left your office, I held my head high. I didn’t feel like a burden as some agencies tend to make people feel. If you are thinking of donating your money or just baby bottles; Birthright will make good use of it. Birthright is not just any agency, it’s a special agency! I left with my belief in our community restored.” – Sincerely, Amy

“Dear Jan, Words can never tell you how thankful I am that I decided to walk into your Birthright office. My sweet Melanie is now 1 and my most precious gift. Your story of your daughter’s baby when she was just 18 made all the difference in my world. All I could think of was erasing my problem. I would never have survived if I had. Thank you for showing me another way. And thank you for your kindness and your help during those difficult days.” – Jamie

“I was a teenager and had no idea what I was going to do with a baby. I knew I had to do something and Birthright was my first step.” – Mary

Support You Can Count On
This site is registered on wpml.org as a development site.